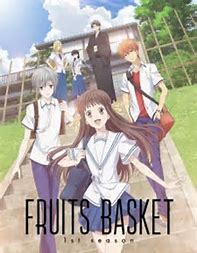 Its been a rough year for me so far. I am drowning in school, work is grueling (despite the few hours I work), I’ve been sick on an off consistently and on top of that my grandmother recently passed away. It’s really no wonder I haven’t been blogging, despite promises to the latter. Regardless of what I haven’t posted here I am excited and happy to say I whole heartedly intend to follow through on this project!

When they announced the new Fruits Basket series I got super excited. I decided then and there to follow the series with weekly episode reviews then and there and here we are at the first one! I never watched the first series, so I hope I offer a somewhat different perspective, because I also just read manga this summer. (also, I really want the opportunity to experience something in the order of manga, reboot, original, which is the opposite of what I did with FMA.

This is one thing I really want to do! And I’m honestly not that worried about falling to the wayside with it. If I do falter near the end of the school semester I can probably pick up the slack the following week, since the school semester will have ended. It Tohru Honda can go through as much as she has and still deal with everything she has to deal with so cheerfully, then I can write a weekly review (that I want to write) and be hunky dory.

So lets start! I really liked this first episode! It introduced a lot of things straight off the bat and a lot quicker then how I remember in the manga. It hinted at the larger picture of the story with some interesting and somewhat ominous undertones. It also introduced quite a few characters and I think it did it quite well. It really dug into the entirety of Torhu, the main character’s, situation with her parents both having passed on and we got to see quite a bit of her mother. A lot of stuff basically happened in 22 minutes. It could have very easily been an info dump, but it didn’t come across that way.

It sets the scene for the series, a shojo comedy supernatural drama about a girl who has basically lost her family and finds herself trying to fix another family. I saw the comedy and drama rolled pretty well into one here and I don’t think I’ll be disappointed by how the series is directed.

The characterization was the highlight of the episode. It captured Torhu’s happy attitude and her willingness to please, as well as her timid and sad sides. She is a hardworking sentimental girl that does not easily except defeat. She is determined to pay her own way through school and do the best she can! A true inspiration! When reading the manga I always pictured her as a blond, a side effect of black and white art, but now I can finally picture her as the brunette she is!

We got to see Yuki and Shigure and just as always I loved Shigure in his Kimono and joking/flirting manner as well as seeing Yuki’s reaction to him. These two had an interesting quirk that I don’t quite remember though. They seem more connected to their Zodiac animals as they are able to apparently communicate with and sense their animal counterparts. I do know that Kyo had cats that would climb all over him, but that’s all, I could be misremembering and its not a big deal.

And now on to my two favorite characters in the manga, Hanajima and Uotani. These are Torhu’s best friends and I must see it was probably the most surreal experience for me getting to see them moving and having voices. I love these two! There love and protective attitude towards Torhu is amazing and I absolutely cannot wait to see if the anime digs into their backstories (it had better).

The last character’s I want to talk about are Torhu’s mom and Kyo who showed up at the very end of the episode. I love how much screen time the mom got as it was not something I expected to see in the first episode. We know she was a wonderful well loved single mother and that she died in an accident. Then we have Kyo, who I like to call the cat, who made an explosive entrance (though I loved how he just randomly appears in the tree outside the window, I watched his appearance there three times) through the roof of what is supposed to be Torhu’s new room. Oh yeah she’s moving in with the Sohma family.

So this episode review is a complete mess of me just talking about the characters above right now, with a minimum explanation of the plot. It does a good job introducing everyone for a person new to fruits basket, but I’m just so wrapped up in recent nostalgia that I just can’t process it that way.

I do want to talk about one more thing and that’s the animation. It is well done. There are crisp clear backgrounds filled with beautiful scenery and the characters, while looking much like they do in the older shojo manga, have a bit of an updated look so they don’t stand out against these backgrounds so much. In fact I would say the characters look a bit more like they did at the end of the manga then they did at the beginning, where the Mangaka’s art had, in my opinion, improved.

I very much anticipate the next episode! You can probably tell I enjoyed this one as I wrote just under 1,000 words towards how much enjoyed it, because when I write about something I have to milk four hundred sometimes.

Thanks so much to those of you that are reading this! I appreciate you all.

9 thoughts on “Fruits Basket Episode One: A Solid Introduction” 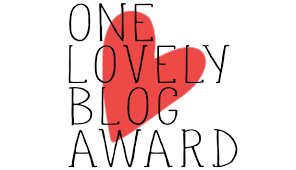